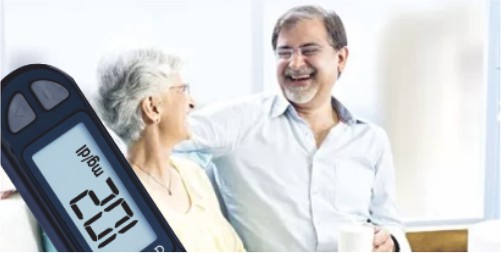 Ayurveda includes diabetes mellitus in the Prameha (Urinary disorders) category. Prameha are a list of urinary disorders, especially characterized by profuse urination with several abnormal qualities. There are 20 kinds of Prameha in Ayurveda. According to the Doshic causes, these Prameha are classified as follows:-

Out of these, Diabetes mellitus is termed as Madhumeha. It is one of the four Vataja Prameha.

Most of the other treatment methods for diabetes mellitus regard it as a largely dietary disease. But Ayurveda here differs widely in its outlook. Ayurveda does not regard diabetes mellitus as a disease that can be treated by mere medicine or by a dietary regimen. The Ayurvedic treatment for diabetes mellitus is based on an entire change in the lifestyle of the person. Along with medication and diet, the patient is also advised to lead a healthy lifestyle and live an active life. Even mental aspects of the disease are stressed. Most Vataja disorders originate in the brain, and since Madhumeha is classified as Vataja, it is highly important to keep the brain in its right manner of functioning.

Another basic difference is in the treatment of the complications that diabetes mellitus causes. Diabetes mellitus can cause several complications in the long run such as kidney failure, heart problems, paralysis and gangrene. Each of these can be fatal conditions individually. Conventional medical science tries to reduce the blood sugar level, but does not put more weight on the treatment of the complications. However, in Ayurveda, Madhumeha is a broad concept which does not include just the hyperglycemia; it also takes into account all the possible complications. The body is taken as a whole and the treatment is done accordingly. Ayurveda is very closely with Yoga for the treatment and control of diabetes mellitus. For example, the Paschimottasana, is highly recommended for patients of Madhumeha. In this manner, Ayurveda is not restricted in its treatment of diabetes, but takes a much broader perspective.

Madhumeha (Diabetes Mellitus) is the most threatening endemic lifestyle disorder, having social, medical and economic ramifications globally. As per a recent report of the International Diabetes Federation,each year 3.8 million deaths are attributable to diabetes and related complications; at least 50% of diabetics are unaware of their condition (indicating lack of awareness); and up to 80% of type 2 diabetes is preventable by adopting a healthy diet and increasing physical activity. Studies have proved that active participation of the patients in the form of lifestyle changes can result in less expense for the management of diabetes and ensure good glycemic control also. Diabetes is fourth leading cause of global death. At least 50% of all people with type 2 diabetes are unaware of their condition. Diabetes is the largest cause of kidney failure in developed countries. 10% - 20% people with diabetes will die of renal failure. It is estimated that more than 2.5 million people worldwide are affected by diabetic retinopathy. CVS(Cardio vascular disease) is the major cause of death in diabetes. People with type 2 diabetes are two times more pron to heart attack or stroke.

Type 2 diabetes develops when the body becomes resistant to insulin or when the pancreas stops producing enough insulin.

In the current era, people are loving of flour preparations, sweetened drinks, refrigerated, preserved and reheated food items, due to the busy schedules of society today, wherein they hardly have time to eat at home. Such food is low in fiber, high in glycemic loads and is associated with increased risk of diabetes.

Meghdoot Madhushoonya Powder is an R&D based Ayurvedic proprietary product which has been carefully formulated after years of research by expertise technical team of Ayurveda Clinicians. As the name suggests Madhushoonya helps to fight the symptoms of type 2 Diabetes (NIDDM) as an effective herbs combination. These symptoms includes reducing vision, pain in lower legs, fatigue, body ache especially behind shoulder, loosing weight and stamina, dryness in mouth, polyurea and other associated symptoms.

Madhushoonya is not going to lower blood sugar level immediately or causes hypoglycaemia. The effects are slow but sustained and can be monitored.

Madhushoonya  is a mixture of various hers which are very effective and described in ancient text of Ayurveda for encounter the symptoms of diabetes naturally. These herb not only help to regulate blood sugar level but also help to rejuvenate overall health, bring back stamina and help to overcome fatigue. Madhushoonya contains herbs like Karela, Vijaysar, Gudmar, Jamun, Shilajit which have long back history for used in Ayurveda for Diabetes and associated symptoms.

According to Ayurveda Balance in Tridosha (3 energies) Vata, Pitta, Kapha in the body is disease free state whereas their imbalance cause disease. In Ayurveda imbalance of Vata and Kapha is considered as root cause of Diabetes. Herbs in this formula control both Vata and Kapha and thus good in controlling sugar level.

Karela Beej: The fruit contains at least three active substances with anti-diabetic properties, including charantin, which has been confirmed to have a blood glucose-lowering effect, vicine and an insulin-like compound known as polypeptide-p. These substances either work individually or together to help reduce blood sugar levels.

Vijaysar: Vijaysar is reduces blood sugar level, cholesterol and triglycerides. It also lowers the symptoms of diabetes such as frequent urination, over eating, regular thirsts, and burning pains in limbs.

Gudmar:  Gudmar increases the production of insulin, improves glucose utilization and may even help to regenerate islet beta cells within the pancreas which produce insulin. By blocking sugar absorption and decreasing appetite, a daily dose of gymnema sylvestre has been shown to assist in losing weight.

Jamun Beej: Jamun seeds powder contains jamboline, a type of glucose, which helps to control the conversion of starch into sugar.  Jamun helps to convert starch into energy and keep your blood sugar levels in check.

Shilajit: Shilajit helps in rejuvenating the cells of the body. It possesses anti-diabetic, anti-oxidating, anti-inflammatory and healing characteristics. It helps in carrying out the metabolism of glucose in the body properly. This helps to treat diabetes considerably.

Some recipe for  Diabetes: